One of 2019’s unassuming slot hits was Yggdrasil Gaming’s Glory of Heroes. The fantasy Zelda-like setting was more than enough to draw players in, but the slot also excelled with excellent graphics, ... Read Review 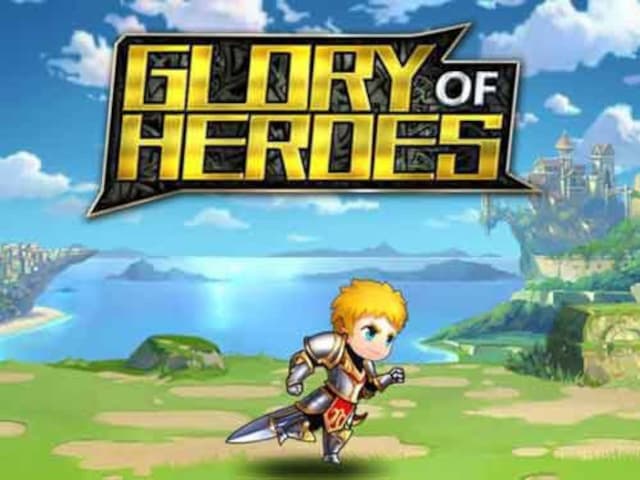 One of 2019’s unassuming slot hits was Yggdrasil Gaming’s Glory of Heroes. The fantasy Zelda-like setting was more than enough to draw players in, but the slot also excelled with excellent graphics, gameplay, and Hero Power-Ups and features that made it feel like a video game rather than a slot. Over 2 years later, Yggdrasil decided to partner up with Dream Tech to release a remastered version of the slot game. It features enhanced graphics and features as well as the glorious Power-Ups and much higher rewards.

The New Glory of Heroes slot is every bit of an inch similar to the original, but better. It still stars the same hero on a path to glory who kills every demon that stands in his way. You can see him with a mighty sword on the left with the bosses flanking the reels on the right. Just like in a video game, killing one boss takes you to a new level where a bigger baddie awaits.

Once again, Yggdrasil has made a video game out of a slot. Glory of Heroes is available for fun in any new online casino and is almost as rewarding as playing for real money with the biggest welcome bonus.

Glory of Heroes is not your typical slot game – neither was the 2019 version. It’s got a 7x7 setup similar to what Cluster Pays slots offer. It looks like a video game platformer set in a mystical kingdom. In the background, you’ll see mountains and a castle, with the hero and bosses flanking the reels left and right.

On the reels are gems of various sizes and colors. The central part of the grid is filled with special gems with so-called targets. There can be 1-3 targets on these gems. Five matching gems will unlock a prize, and thanks to the infinite number of paylines, this is a rewarding slot by itself.

The graphics and soundtrack are amazing. Yggdrasil always developers its slot games with aplomb, making Glory of Heroes look, feel, and sound more like a video game than a slot.

Just like all Yggdrasil releases, Glory of Heroes is developed on HTML5. You can give it a spin for free or for real money on your Android device or iPhone with no slot app download required.

Glory of Heroes Slot Base Game

Ready for your shot at glory? Place a wager first – you can choose between $0.20 and $60 per spin. When you click on spin, the slot will turn into a battleground between your hero and the ferocious monsters.

The unique gameplay is a mix of slots and video games. On every losing spin, the monsters will attack your hero. On successful spins, the hero will slash through the enemy’s defenses by taking out the target symbols. Your objective per level is to break through all the highlighted symbols, which will effectively defeat the boss. You can track the progress above the boss and see which symbol blocks should be broken.

On any losing spin, the hero might get a random power-up. These are special moves that can cut through the grid and hurt the monster. Hero symbols are also important and powerful. They can also appear randomly on losing spins, helping your hero hurt the monsters gravely. These can be 2x2, 3x3, or 4x4 by size. As you progress to the next level, the size of these symbols rises.

To the left of the grid, you’ll see a bar that fills with every special move. If you manage to fill it all the way up, you can earn up to 50 free spins.

A Progressive Multiplier is added to the mix in the Free Spins Round. It grows by +1 with each cascade with no limits. Fill the free spins bar to the top in the Bonus Round, and you’ll get extra spins.

The Boss Bonus that grows with each win you can see right above the monsters can be won under special conditions. More specifically, you get a spin on the Bonus Wheel every time you clear a location. At this point, if the pointer lands on the key, you will unlock the pot and get the accumulated real money bonus winnings.

The Glory of Heroes slot RTP is a clear 96%, on-point for highly volatile slot games. With the right modifiers and a bit of luck, you can win up to 6,221x your wager.

The Glory of Heroes remastered slot is a much better and meatier version than the original. It features plenty of video game-inspired features and power-ups and has enticing gameplay that will surely find fans among gamers.

Defeat the three monsters and save the kingdom by spinning the reels of the Glory of Heroes slot at the best Pennsylvania online slot sites and top-rated New Jersey online casinos and you’ll be greatly rewarded for it.

Who published the Glory of Heroes slot?

The Glory of Heroes slot was developed by Dream Tech and published by Yggdrasil. This isn’t the first collaboration between the studios. Dream Tech has also developed Lotsa Lines and Labyrinth of Knossos for Yggdrasil before.

The RTP of the Glory of Heroes slot is 96%. That’s right on the point for highly volatile slot games.

Is Glory of Heroes a highly volatile slot?

Glory of Heroes is a highly volatile slot. You should be careful with your wagers when you play it, as it can burn through your bankroll quickly.

Can I play the Glory of Heroes online slot for fun?

Yes, you can. The demo is available in any Yggdrasil casino. Keep in mind that due to new policies, British players can’t play online slots for free.

Is the Glory of Heroes slot available on mobile devices?

Yes, it is. The slot can be played on your Android or iPhone anytime and anywhere.

Should I download the Glory of Heroes to play it on my phone?

You don’t need to download the slot or any app to play it on your phone. Thanks to the HTML5 base, you can play it easily via your browser.

Does the Glory of Heroes slot have a jackpot?

No, it doesn’t. Glory of Heroes is a simple slot machine with no jackpots, but the maximum win surely exceeds what most fixed jackpots offer.

How are the Power-Ups in the Glory of Heroes slot activated?

The Power-Ups can slash through the target symbols and are activated randomly on non-winning spins. You can’t do anything to trigger them.

How do I trigger the Hero symbols in the Glory of Heroes slot?

Just like the Power-Ups, the Hero symbols are activated randomly. When they appear on the grid, the chances of defeating the monsters are far greater.

When was the Glory of Heroes slot released?

The Glory of Heroes slot was released on November 4, 2021.