Zeus was the most important of the ancient Greek gods and he’s become pretty important for slots and casino games developer WMS. That’s because the Zeus slot machine is one of the ... Read Review 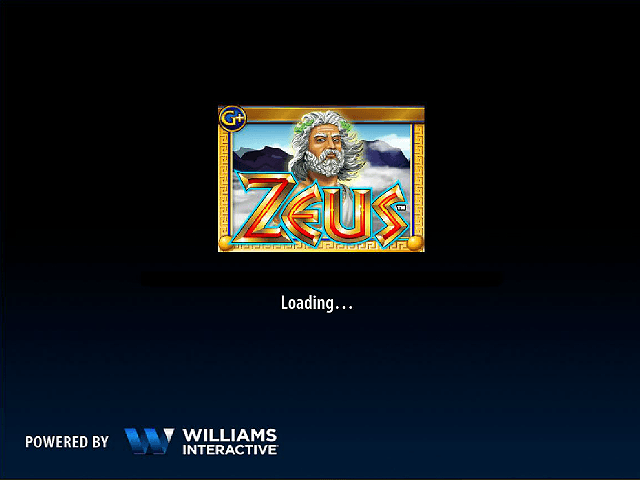 Zeus was the most important of the ancient Greek gods and he’s become pretty important for slots and casino games developer WMS. That’s because the Zeus slot machine is one of the most successful games in their range, so much so, that it now has several sequels. The original Zeus online slot is a five reel game with three rows of symbols and 30 paylines. It’s a fairly standard setup, making this game perfect for inexperienced players.

The features are tried and tested, with nothing too complicated about them. Stacked symbols, a wild that acts as others, and free spins are the main bonuses, which is nothing ground-breaking, but popular with gamblers with all levels of experience. There’s up to 100 free games to claim, and they can be retriggered an unlimited number of times! Prizes of up to 30,000.00 await those willing to ascend a virtual Mount Olympus, the legendary home of Zeus, Aphrodite, Hermes and Poseidon.

Players flock to slots themed around the ancients, but you won’t have to queue up to honor these Greek gods. Zeus is found at some of the top online casinos, where you can play it on a PC, Android smartphone or tablet and devices using the iOS operating system. The topic may be set in the distant past, but the technology is right up to date.

Everything about the Zeus slot machine from WMS is designed for ease of use, but with enough there to satisfy the most demanding of players. That includes the setup procedure which is just a matter of loading it up at recommended New Jersey online casinos and top Pennsylvania online casinos on your iOS, Android mobile, or PC and selecting your bet level from the control panel.

Options range from 0.01 to 5.00 on each of the 30 paylines and while you could play less than all lines, for tiny stakes, it’s never a good plan, as you could see big wins land on inactive paylines. Playing all lines gives you total stakes of 0.30 to 150.00 per spin. Sticking with standard practice you win multiples of the line bet when you land at least three reels with the same symbol across a payline, starting from the left.

WMS slots tend to offer players a couple of extra control options, such as Autoplay mode, which means you don’t have to click a button every time you want to spin the reels. Of course, you have the option to decide on the volume, and while the charming soundtrack doesn’t have much to do with the ancient Greek theme, it sounds pretty good to us anyway.

The option to play from home, or wherever you happen to be via a mobile is an important difference from land-locked slot machines, although Zeus also makes an appearance at physical casinos in Vegas and other centers of gambling.

Click the paytable button to the left of main controls and you will see how much you win from each different symbol. Everything here is linked to the theme, with none of the playing card symbols that pack out the reels of many other slots.

A laurel wreath is the least valuable, followed by coins, vases, helmets, ships and Pegasus, the flying horse. Top of the pile, we find Zeus himself, a powerful god with a grey beard and flowing grey hair. He’s worth 500x your line bet when seen right across all five reels.

The mighty Temple of the Gods sits above the reels of the Zeus slot machine. The actual graphics are just a straightforward as the rest of the game, although they still look good, in a retro sort of way, on any screen size.

The Temple also makes an appearance as a bonus symbol. It’s wild, meaning it can act as others, completing combinations when possible and boosting your win-rate. The wild symbol isn’t worth anything on its own though and can’t stand in for the scatter symbol. The scatter is a dramatic image of the hand of Zeus, holding a bolt of lightning and it triggers a free spins bonus round when seen in three or more places at once.

While most slots offer 10, or maybe 20 free games, with Zeus, the number of extra spins can reach a massive 100. That’s your reward for landing 5 or more scatters in a single spin, although just three, or four trigger 10 and 25 bonus games respectively.

Wild symbols will be stacked during the free spins, so it should be easier to land some of those all-important winning lines more often. Zeus is also stacked on reels, which can create high-paying combinations throughout.

Further scatter symbols re-trigger the free games, with any new spins added on to the end of the current round. In theory, you could re-trigger them over and over, but we found just once is all that’s likely.

This is an undemanding real money slot game to setup and play. That’s not a bad thing though, as many players, including us, like to just chill out and enjoy a straightforward game now and then. The wild symbol is very useful in creating extra winning lines, and the potential to trigger a vast number of free spins is a great perk of the Zeus slots game.

If you like the topic, but want more features, just try out the others in the series, such as Zeus 1000 and Zeus: God of Thunder.

All WMS slots are certified for fair gaming and pay out generously. The stated payback percentage of Zeus is 95.2%. Visit this benevolent god when you play the Zeus slot machine at any of the sites we endorse on this page.