The Celebrity Billionaires of Tomorrow

Celebrities: Alongside their worldwide fame, they’re incredibly rich, living lavish lifestyles that the vast majority of us can only ever dream of.

With celebs raking in millions each year, many of them turn to “side-hustles” like TV presenting, or launching their own fashion line, perfume, and branded slot games, to keep the money rolling in.

We’ve looked at the 50 wealthiest celebrities in the world, and forecast just how rich they’ll be in 10 years’ time, and the numbers are staggering! With Oprah Winfrey leading the way, estimated to be worth $4.2 billion by 2030, and Kanye West following closely behind at $4 billion; celebs from all over the world including Rihanna, Cristiano Ronaldo, Ed Sheeran and Katy Perry are all expected to make big bucks over the coming years. 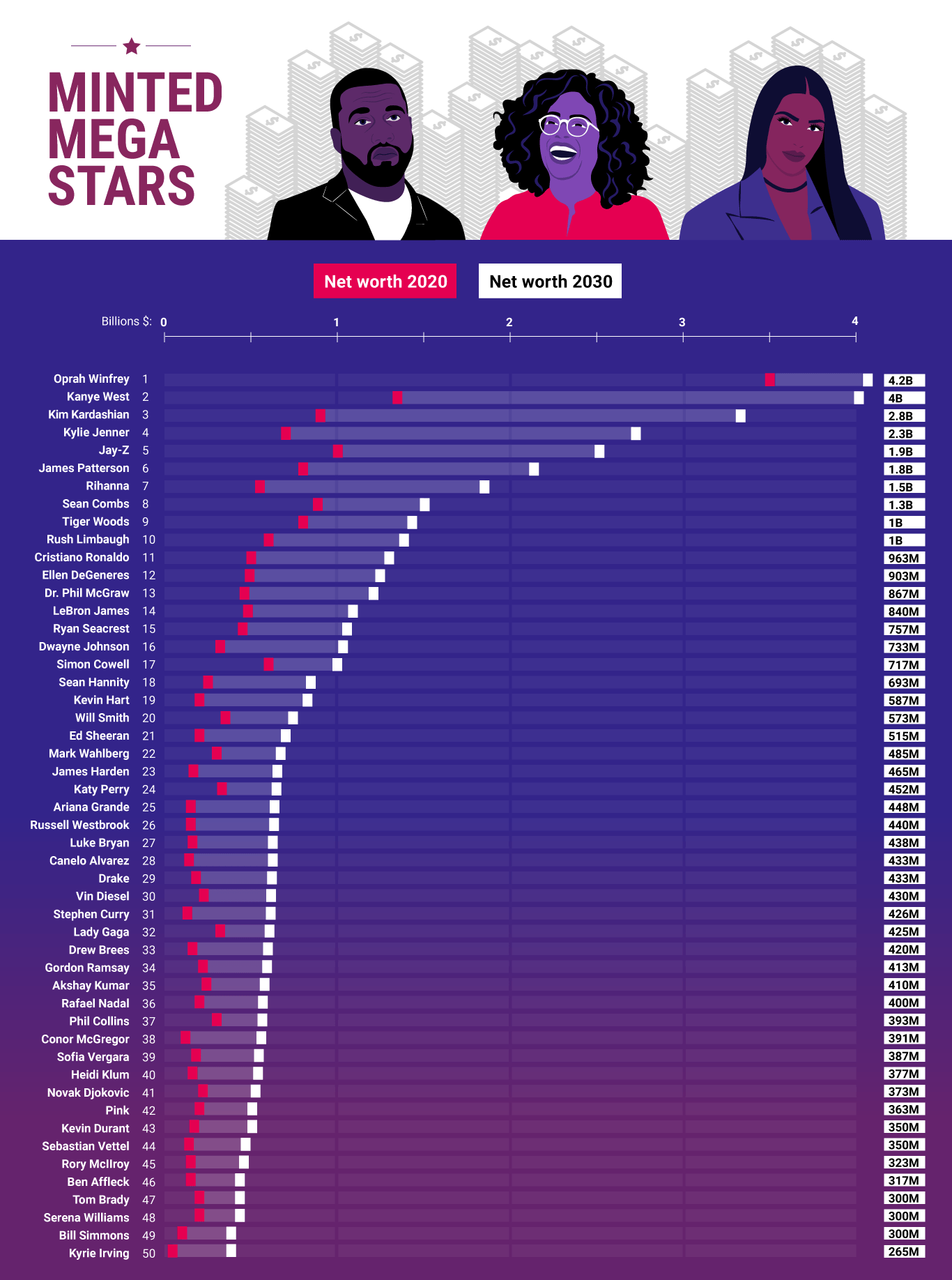 While not as well-known as the public launch of fashion and perfume brands, slot machine licensing has enabled celebrities to make some serious money, with the likes of Paris Hilton, Madonna and Britney Spears all having their own branded slot games – enabling them to generate millions of dollars from just one venture alone.

We selected the 50 wealthiest celebrities in the world, and used data on current earnings to predict their wealth in 10 years’ time.

We used the following as sources:

Check out Slotsource.com other studies here: