Named after a traditional Japanese sword, the Katana online slot machine is a stylish five-reel, 20-payline game that slices through the competition. It’s the work of Novomatic and thanks to the ... Read Review 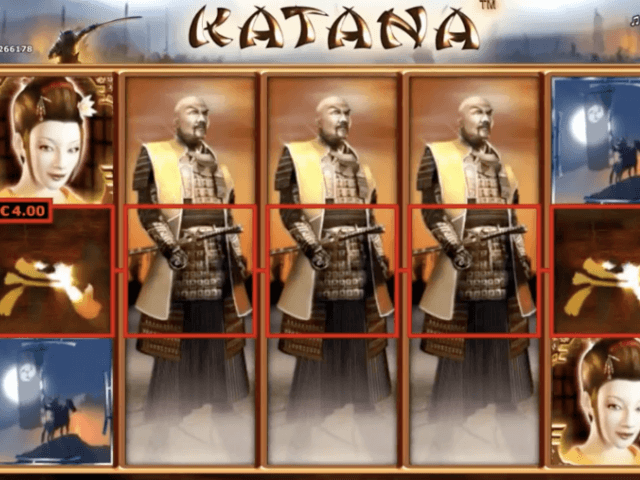 Named after a traditional Japanese sword, the Katana online slot machine is a stylish five-reel, 20-payline game that slices through the competition. It’s the work of Novomatic and thanks to the outstanding looks and features, has become one of the top games in their range.

Novomatic slots used to be restricted to land-based casinos, but in recent years they have launched more and more games that you can access on PCs, Android smartphones and tablets, and iOS-powered devices. Katana works across all platforms and you will find it at some of the very best online and mobile casinos.

Symbols of feudal Japan fill the reels, with special icons leading to some electrifying bonus features. A wild symbol helps out whenever possible, plus there is a free spins bonus round where the wild expands across reels for even bigger winning potential. One of the most popular features of Novomatic slots is the option to gamble wins, and with a little luck, you could be doubling wins over and over.

With prizes topping out at 400,000.00, this could be a very rewarding excursion back to ancient Japan. Read our review, then discover a land of tradition and culture when you play the Katana online slot at our highest-rated casinos.