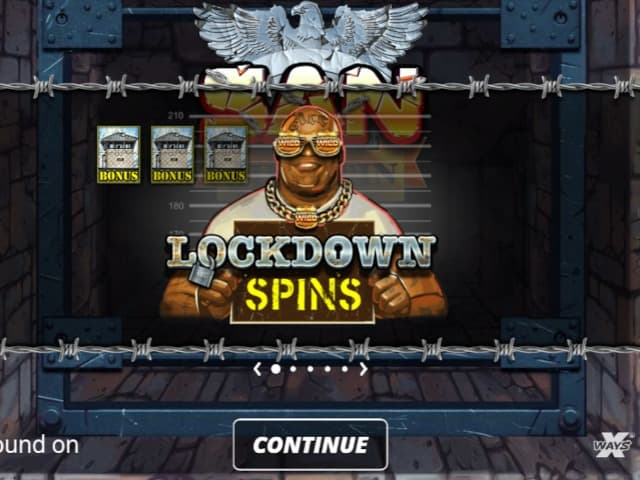 One of the hottest developers on the market, NoLimit City, has just released a new unusual slot at top New Jersey online slot sites or top Pennsylvania online slot sites based on one of the most notorious prisons in the USA – San Quentin. The San Quentin xWays slot is just as ragged and brutal as the institution it’s based on, with dangerous twists and turns that make it into a special game.

The studio has been teasing the San Quentin slot for a while and it’s finally here. It has been touted as something truly special and it really is. The notorious prison has been perfectly replicated in the game, with tough inmates, barbed wire, and high walls. Make your escape through it and you could be on your way to freedom as well as a massive reward that borders on progressive jackpot territory.

Available for free and real money across a range of devices, the San Quentin xWays slot is as brutal as it gets. Can you survive the notorious prison?

One of the striking things about the San Quentin xWays slot machine is how great it looks. We’re used to seeing great-looking NoLimit City slots, but the studio has outdone itself this time. San Quentin looks and feels like a video game. That much is clear from the splash screen which starts as an intro the to protagonists, displaying their criminal record. It adds a touch of authenticity that we loved.

In terms of layout, the action plays out on a 5x5 grid set against a prison yard backdrop. The symbols feature tattooed inmates which pay between 2.50 and 5 times your stake for five of a kind. Other prison symbols also make an appearance, including a shiv, handcuffs, and a lighter among others.

This real-money slot game comes with 243 ways to win and a slew of special features. The controls are classic so you shouldn’t have trouble to play the slot on any device.

NoLimit City is a mobile-first developer so you can expect to play the slot on your mobile phone with ease. It’s available on Android and iOS mobile devices regardless of the screen size. No need to download it – just head to your favorite online casino and play it straight from your browser.

How to Play the San Quentin xWays Slot Machine

You may have noticed that the slot name has xWays in it, meaning that you can win in 243 ways. You can set your spins between 0.20 and 32 coins per spin. When you’re ready, hit the Spin button for some gritty prison action.

Split wilds are the second bonus feature in the main game, splitting all symbols on the same reel. With these two features, the main game in the San Quentin xWay slot machine can be pretty lucrative. However, the slot’s true winning potential is unlocked in the bonus game.

The so-called Lockdown Spins can be triggered by three, four, or five bonus symbols. The round starts with one, two, or three jumping wilds. At the same time, the Enhancer Cells on the triggering reel will remain open for the duration of the round and work just like they do in the base game.

Before the round begins, a special multiplier will be applied and the free spins number will be stated. Land a bonus symbol during this round and you’ll get additional spins and another jumping wild. Inmate mystery symbols can also reveal a jumping wild or one of the highest-paying inmate symbols. Jumping wilds start with the given multiplier and is counted as a multiple on its position. For all other symbols, it acts as a normal multiplier.

The San Quentin xWays slot’s RTP is 96.03% which doesn’t look like much. It’s a high volatility slot so you should be mindful of your bets. Even with the low RTP, the slot surprises with its winning potential, which reaches 150,000x your stake in the bonus game.

We’re early into 2021 and NoLimit City may have released a slot of the year candidate. The gritty nature of the notorious prison is perfectly displayed in the San Quentin xWays slot. From the psycho inmates to the prison items and the sky-high payouts, San Quentin xWays is a slot that deserves your attention.

Play it for real money in your favorite online casino and keep your eyes open – those inmates will jump you if they get the chance. If this slot doesn't tickle your fancy, then the Foxin' Wins title from NextGen is another thrilling option that's popular amongst online casino enthusiasts.