Although the original Hansel & Gretel story involves a cannibalistic witch, abandoned children and murderous stepmothers, we are pleased to report that the Fairytale Legends: Hanse... Read Full Review 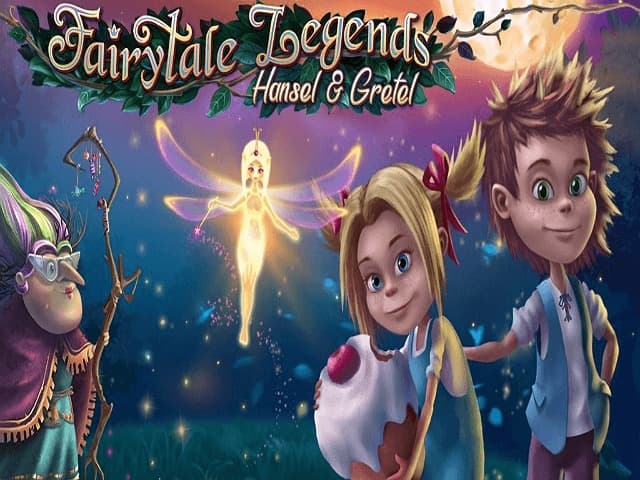 Although the original Hansel & Gretel story involves a cannibalistic witch, abandoned children and murderous stepmothers, we are pleased to report that the Fairytale Legends: Hansel & Gretel slot from NetEnt is a far more charming version of the tale.

It’s one of a series of hugely popular fairytale-based games from NetEnt and has become a smash-hit at online casinos that carry the range from this Swedish developer. The outstanding computer-generated graphics bring the story to life across desktop PCs, iOS and Android powered mobiles. Along with the great looks, the Fairytale Legends; Hansel & Gretel slot machine comes with some fantastic bonuses.

Free games, wild substitutions, symbol transformations, prize-picking rounds and instant-wins are among the magical features found within the dark forest setting. The gingerbread house can lead to some sweet winnings, with a top prize of 40,000.00 filling up your bankroll at the maximum stakes.

Play this legendary slot at our favorite NetEnt casinos. You won’t get lost in the virtual forest of sites, as we’ve found some of the best New Jersey online casinos and top Pennsylvania online casinos.

It doesn’t matter if you are just starting out with online slots, or you have been playing for years, the Fairytale Legends: Hansel & Gretel slot machine has a wide appeal. The bet range, which goes from just 0.10 to 200.00 per spin makes it suitable for any budget, while the ease of use is appreciated by everyone, much like Mirror Mirror and com - other games from the Netent 'Fairytale Legends' series.

You just need to click a couple of buttons to set your stakes. It comes with an Autoplay option and you can speed up the gameplay if you want to skip the spins and just get to the results. The opportunity to play Fairytale Legends: Hansel & Gretel on a PC, Android or iOS device has broadened its appeal even further. That’s one of the many advantages that playing online has over land-based slots. The lower overheads of online casinos also lets them offer higher returns, with this game paying back a very generous average of 96.71% of wagers.

If you want to see how much you win when matching symbols land across any of the 10 paylines of this five reel game, click the ‘I’ button on the control panel. Colorful candies make up the lower-paying combinations, with birds and the two characters worth more. The Fairytale Legends logo is the most valuable, worth 40x the total bet when it fills a payline.

The paytable also has some details on the extensive bonus rounds, including the special symbol upgrades and free games. The sheer number of features might seem overwhelming to inexperienced players, but the paytable, and on-screen instructions will guide you through each one. Of course, if you have been playing slots for any length of time, it’s all very easy to follow.

Set against the backdrop of the forest at night, the colorful animated symbols stand out, with a light 3D-effect in this real money online slot game. This beauty is much more than skin deep though, as the multiple bonus features match the impressive looks.

Stacked wild symbols can fill reels two and four, acting as others to help complete combinations. Whether these lead to wins or not, they lock in place as the other reels spin again. If another stack of wilds appears in the re-spin, this also locks and so on, until no more stacked wilds are seen.

You could also benefit from a Fairy Surprise feature at any time, where a random symbol is picked, and others gradually transform into it until you get a winning combination. With the randomly awarded Fairy Wonder feature, between five and nine logo symbols can appear in any places, potentially returning a prize worth 400x your stake.

Treasure chests in three or more places will open up to reveal any of the three main bonus rounds. You could win a simple cash award of up to 15x the stake or claim 10 free spins. During these bonus games, stacked wilds can appear on any reel, not just reels two and four.

The 'Candy House' bonus is a prize-picking round. You will see 15 objects around the witch’s house and can pick three or them. After you have made your picks, you can either choose to claim the average win multipliers hidden under each or just choose one of your selections - which could be worth up to 400x the stake.

Fairytale Legends: Hansel & Gretel manages to combine exceptional looks with a wide range of features. We particularly like features such as the Fairy Surprise and Candy House, where wins are guaranteed.

The medium volatility means that even without triggering a bonus, you should see a steady stream of winning combinations appearing. But we found that the features tend to activate pretty frequently, and the exceptionally high return to players percentage is partly down to this.

Will it be a fairytale ending when you play the Fairytale Legends: Hansel & Gretel slot? Check out this game and the rest of the huge NetEnt range when you sign up to a recommended site. Load them up on your PC, iOS, or Android mobile and be sure to claim their generous No Deposit Bonus deals when you make your first deposit.