The Tiki Vikings slot machine may play fast and loose with historical accuracy, but don’t let that put you off. It’s a hilarious online and mobile optimized slot machine from Microgaming, where ... Read Review 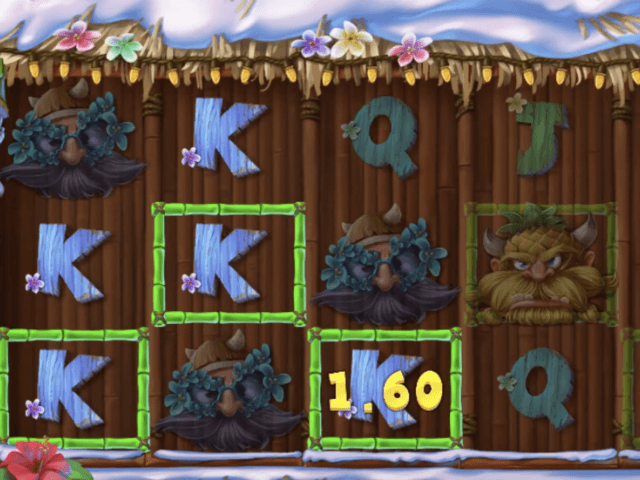 The Tiki Vikings slot machine may play fast and loose with historical accuracy, but don’t let that put you off. It’s a hilarious online and mobile optimized slot machine from Microgaming, where Norse warriors have made it to the islands of the Pacific Ocean. Once there, they put on garlands of flowers and start to relax.

You can relax, playing the Tiki Vikings slot on an iOS or Android mobile, as well as PCs, without having to leave home. The Vikings have been on vacation, but you can access this game without having to take time out to visit Las Vegas, Atlantic City or any other resort.

Tiki Vikings features reel re-spins where high-value icons remain locked in place, potentially filling the screen with matching symbols. The re-spins can lead to symbol upgrades, which increases your bankroll even further.

With the right mix of symbols on the five reels of the Tiki Viking slot machine, you stand to win the vast sum of 300x your total stake. That adds up to an impressive plunder of 75,000.00 at the maximum stakes.