The Microgaming Partner program has produced some fantastic slots over the years, and one company that has contributed to that is Just for the Win. With Sonic Links, the company has gone ... Read Review 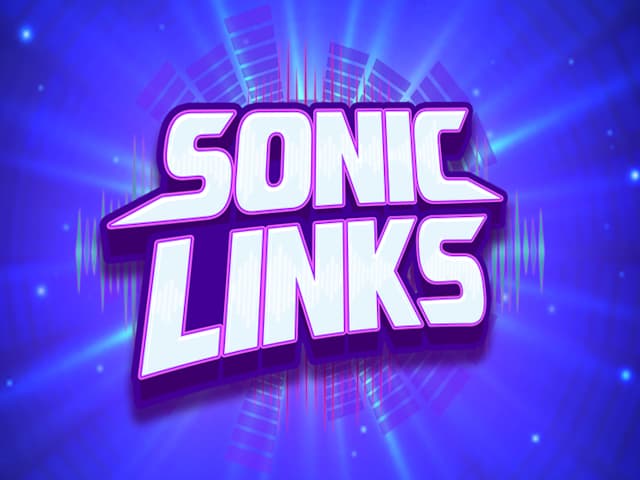 The Microgaming Partner program has produced some fantastic slots over the years, and one company that has contributed to that is Just for the Win. With Sonic Links, the company has gone back to a more basic approach, stripping the gameplay down and focusing on just a handful of slot bonus features. With so many innovative titles being released each and every week, is Sonic Links a deliberate throwback or is it a slot that just lacks any creativity? We’ve taken a more in-depth look in the following Sonic Links slot review to try and find out.

Just for the Win is a really talented development studio, but it clearly hasn’t used too much of this talent in the design of the Sonic Links slot game. Everything here is kept very basic, and it’s near impossible to tell that this is a modern slot game. The game grid is set to a very generic purple background, with the symbols on the reels featuring fruit, stars, and the bar icon. This is really simple stuff that doesn’t really leave us with much to write home about.

The Sonic Links slot is simple by design and simple with its gameplay. The base game has five reels and three rows, with 25 active paylines on each spin. Clicking on the coin icon will open up a selection of wagering options for players, with $0.20 being the lowest and $50 being the highest. This is a fairly average wagering range that is probably going to appeal to players with more conservative wagering budgets. The slot features all of the standard features like Autoplay for those who want to kick back and let the game do the hard work.

The simple design of Sonic Links means that it has no problem making a transition onto mobile devices. As with all Just for the Win slots, it has been developed using HTML5 meaning that you will be able to play it on mobile at a range of top New Jersey online casinos and recommended Pennsylvania online slot sites.

Sonic Links sells itself on the Link & Win bonus feature. This, in all honestly, is just a standard Re-spin Bonus feature with a slightly more organized payout structure. The round is triggered when players land six or more of the coin symbols. There is also the Echo Feature, which is basically a second chance feature if players land 3, 4, or 5 coins.

When the Link&Wins round launches, all standard symbols are removed from the game and replaced with blank symbols and money icons. The round starts with three spins and every time a Money Symbol lands, players get an additional spin. All coin symbols that land are locked in place and pay out at the end of the round. There are also four prizes that can be won – the Big, Major, and Mega prizes are worth 25x, 80x, and 300x the players’ stake and these can land on the reels at any time, while the Sonic Prize, which is worth 5,000x the stake, is won when the grid is full of Money Symbols.

The other bonus in the game is the Sonic Bonus Spins. These are launched when players land three or more Scatters, as is the case with most top online slots. When the round launches, players get to spin two wheels. The first determines how many spins are given, with 25 being the maximum, and the second determines a multiplier that can be added to the reels, which can be up to 5x.

The Sonic Links real money online slot has an RTP of 96.06%, which puts it around the industry average. The maximum win in the slot is 5,000x the player’s stake when playing for real money. The game is considered highly volatile. These are all solid enough statistics but nothing that really makes it stand out from the crowd.

Just for the Win has a good selection of online slots under its belt, unfortunately, Sonic Links doesn’t really add to that list. The game feels very generic, offering a very stripped-back and uninspired design, as well as two bonus features that can be found in other top online slots. The main selling point of the game is the Link&Win feature, but this is really just a standard Re-spin round with a bit of marketing sprinkled on top. If you’re looking for more challenging and fun slots, check out our other slot reviews elsewhere on the site.

Who made the Sonic Links online slot game?

The Sonic Links online slot game was designed and developed by Just for the Win. The online slot has been distributed by Microgaming as part of the company’s partners program. This will ensure that it reaches a much bigger audience.

How many ways to win are there in the Sonic Links online slot?

There are 25 active paylines in the Sonic Links slot. These are fixed paylines that can not be changed.

How do I trigger the Sonic Links Free Spins Round?

The Scatter Symbol in the Sonic Links slot game is the Free Spins Symbol. Landing three of these will launch the Sonic Links Free Spins bonus. At the start of the round, two wheels will spin to determine the number of free spins available and a multiplier that will be applied.

How much can I wager in Sonic Links?

The Sonic Links online slot game has a wagering range of between $0.20 and $50. Players can adjust the stake at any time during the online slot game by hitting the Coin icon on the right-hand side of the screen.

Can I play the Sonic Links slot game for real money?

Of course! Sonic Links can be played for real money at a wide range of different online slot sites. You can find an online slot site that suits your needs by checking out online casino reviews elsewhere on our site.

What is the maximum win in the Sonic Links slot?

The maximum amount that can be won in the Sonic Links slot game is 5,000x the player’s stake. This is won by filling the screen with coin symbols in the Link&Win Bonus feature.

What is the Link&Wins feature in the Sonic Links slot?

Links&Wins is a re-spin style Bonus Round. This is triggered when players land six or more of the Coin Symbols on the reels. During the round, players are given three re-spins and must attempt to fill a separate grid with coin icons.

Absolutely! All of the top online slot games that you will find reviews of here at SlotSource are compliant with gambling regulations and are 100% fair. The game uses a random number generator to determine the outcome of its spins.

Can I play Sonic Links on my mobile?

Absolutely! The Sonic Links slot has been developed with mobile users in mind. The game will run on both smartphones and tablets and is supported across most major mobile browsers and operating systems.

What is the RTP of Sonic Links?

The theoretical return to player in the Sonic Links slot game is 96.06%. This puts it at around the industry average of 96%.