If there were to ever be a hall of fame for slot games, then Mega Moolah would be a strong candidate to be its first entrant. The iconic jackpot game burst onto ... Read Review 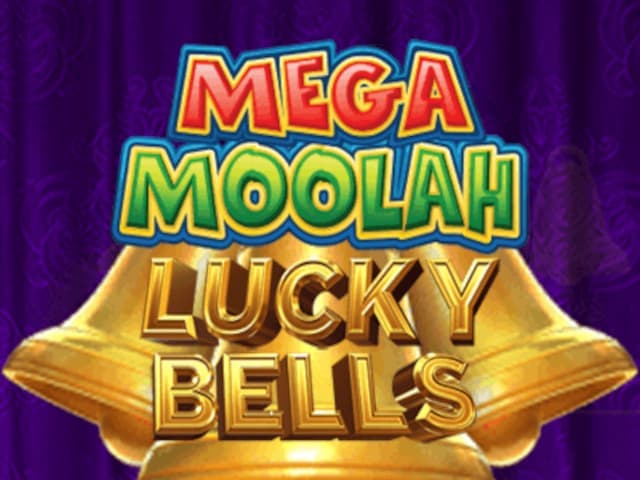 If there were to ever be a hall of fame for slot games, then Mega Moolah would be a strong candidate to be its first entrant. The iconic jackpot game burst onto the scene courtesy of Microgaming in 2006 and it still remains a fan favorite to this day. The simple formula for its success? Four huge progressive jackpots. Every iteration of the franchise since has stuck with this basic formula, and while there have been different themes and other mechanics have been flirted with, the core principle of the game has remained the same – make people rich.

Mega Moolah has gone through various themes and designs over the years and we must say, this is one of the least inspiring. The whole thing is presented as a game show, complete with a voice-over introduction welcoming us to the game. The symbols are kept basic, throwing back to retro slot-machine icons like bar symbols, cherries, and bells. The soundtrack also feels as though it has been taken straight from a 1980’s game-show. The progressive jackpots are sat above the reels with a big wheel sat between them. It’s not really a bad presentation, it’s just not one that is going to stick in the memory for very long.

As with all Mega Moolah slots, the base game here is fairly basic. Players will play across the same 5x3 grid that can be in a lot of other top online slot games. The game offers 25 paylines, which players can check out in the paytable at any time. Players will need to make sure they adjust the coin size and coins bet per line before each spin. A max of five coins can be wagered per line, with a total bet of $25 being the max, and $0.25 being the lowest.

The simple design of Mega Moolah Lucky Bells lends itself really nicely to mobile gaming. Our experience with the Mega Moolah Lucky Bells slot game was largely positive, with the gameplay being simple, and the slot best enjoyed in landscape mode. All of the same gameplay features, betting options, and most importantly, progressive jackpots, are in place. You will be able to find it on mobile at a range of top online casinos.

Of course, the big selling point for the slot game is the iconic Mega Moolah jackpot. To be in with a chance of scoring one of these, players will need to land three of the bell symbols over standard symbols on reels 2, 3, and 4. When this happens, players are given a spin of the Mega Moolah Jackpot Wheel. This is a jackpot wheel with each of the spots corresponding to one of the four jackpots - the Mini, Minor, Major, and Mega. These seed at $10, $100, $10,000 and $2,000,000 respectively. Needless to say, these jackpots can grow to be pretty huge.

Other than the jackpots, the game also has a Free Spins Round. This is triggered in the usual way, with players needing to land three scatters on reels 1, 3, and 5. During the round, a progressive win multiplier is in action. It is also possible to get more spins during the round by landing a +1 symbol.

The biggest win on offer in the Mega Moolah Lucky Bells slot game is the progressive jackpot, with the Mega offering mouth-watering amounts of money if someone is lucky enough to land it. The RTP of the slot comes in at 92.06%, with the game being 86.76% and the jackpot adding 5.3%. The game is considered highly volatile.

Ultimately, we are never going to complain about another chance to play for the Mega Moolah progressive jackpots. It is a huge selling point in itself, and players will flock to it. If you strip that away though, this is definitely one of the least inspiring takes on the game. The theme doesn’t offer a great deal in terms of originality and the base game and additional features are nothing special. Jackpot hunters will enjoy the game, but if you are after anything else, you might want to look at some of the other Mega Moolah offerings at our recommended New Jersey online slot sites and top Pennsylvania online casinos.

The Mega Moolah Lucky Bells online slot game was designed and developed by Gold Coin Studios and was released by Microgaming. It is a 5X3 grid game, which includes also a progressive jackpot and a Free Spins Bonus Game with a win multiplier.

Is there a jackpot in the Mega Moolah Lucky Bells slot?

Can I play Mega Moolah Lucky Bells for free?

Yes, this is possible in some countries. Players will be able to play Mega Moolah Lucky Bells for free in most locations.

What is the RTP of the Mega Moolah Lucky Bells slot?

The Mega Moolah Lucky Bells online slot game is considered as a highly volatile slot game and has an RTP of 92.06%. While this is not high, one must remember that any spin can trigger the chance to win one of four progressive jackpots. (The jackpot RTP is 5.3%. The base game jackpot is 86.76%)

When was the Mega Moolah Lucky Bells slot released?

What is the theme for the Mega Moolah Lucky Bells slot?

The Mega Moolah Lucky Bells slot has a simple TV-show style theme. The symbols on the reels are inspired by old-school fruit machines, with sevens, bars, and cherries all making an appearance. Wins are counted from the left when you land a minimum of 3 matching symbols on a payline.

How much can I bet in Mega Moolah Lucky Bells?

The minimum wager that you can play in Mega Moolah Lucky Bells is $0.25, while the maximum amount that can be wagered is $25. To increase or decrease the bet amount you need to set the coin value and the coins per line.

Is Mega Moolah Lucky Bells available on my mobile?

Absolutely! Like most modern online casino slot games, Mega Moolah Lucky Bells can be accessed on a range of different mobile devices. The game can be easily played on both smartphones and tablets. It is supported on Android and iOS operating systems.

Are there any free spins available in the Mega Moolah Lucky Bells slot game?

Yes! The Free Spins Round in the Mega Moolah Lucky Bells slot game is launched by landing three or more of the scatter symbols in the base game. This will trigger eight free spins. During the round, a progressive win multiplier is active, starting at 1x and increasing by one on each additional spin.