Taking you on a Chinese adventure, Microgaming has a new slot called Fortune Rush, designed by Pulse 8 Studios, one of the multiple studios that design slots exclusively on its beh... Read Full Review 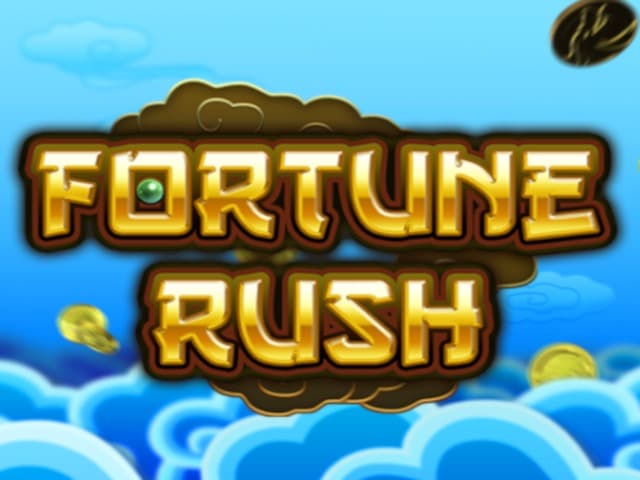 Taking you on a Chinese adventure, Microgaming has a new slot called Fortune Rush, designed by Pulse 8 Studios, one of the multiple studios that design slots exclusively on its behalf. Fortune Rush slot sticks to a traditional Asian style in terms of design, but in terms of gameplay, it will provide you with an immersive gaming time.

Based on a 5x3 grid and offering Microgaming’s iconic 243 ways to win, Fortune Rush is a fun slot to play across all devices at the top New Jersey online casinos and the best Pennsylvania online slot sites. It offers medium volatility and can provide you with decent payouts, should you successfully make use of the Hold and Win feature. You will benefit from the presence of Wilds, the special Rush Symbol, and the many Respins, as well as the exciting Lucky Draw feature. Stay with us as we go through all the details so that you know how to make the best of it.

When you first load the Fortune Rush slot, you will see that nothing special happens in the background, as it looks like the game is set in the clouds, where the fierce dragon flies. The reels are presented in traditional Chinese style, and on their left, there are the symbol and Lucky Draw displays, to be explained later.

Below the reels, you’ll see the control buttons. Going from left to right, you’ll first see the “i” button, taking you to the paytable. In there, you will see the low-paying playing card Royals, followed by the high-paying frogs, birds, fish, lions, and, of course, dragons, giving you payouts from 1.2x to 8x the stake for a 5-of-a-kind combo. There will also be a Wild, as well as the special Rush Symbol, that will help you out immensely during the gameplay.

The next button will be the Speaker, where you can enable or disable the sounds, followed by the Quickspin button. The Bet display is next, as well as the + and – buttons where you can increase or decrease the wager from 0.25 to 125 credits. You can press the Max Bet button to start playing with 125 credits, then press the big Spin button or the Autoplay button. The Win and Credits displays are the last ones you'll see.

It should come as no surprise that Fortune Rush real money slot can be played across all desktop and mobile devices. Due to its HTML5 format, you don’t need to download any software to play it on any device.

You just have to load it on any device you want, a smartphone or a tablet, via any browser, and the game will play seamlessly.

The Wild in the base game will help you form winning combos, as it would substitute for all regular symbols in the creation of winning combos. Once you load the game, on the symbol display on the left of the reels, a random symbol will be chosen to be the Rush Symbol for the following 20 spins.

Should you manage to land 3 or more of these special Rush Symbols, you will get a Respin. During that Respin, the rest of the reels will spin again, while those that contained Rush Symbols on the triggering spin will remain locked. Therefore, if you land another Rush Symbol during the Respin, you get another Respin!

Then, on the 20th and last spin, you get a guaranteed Respin since Rush Symbols will be added on the 1st, 3rd, and 5th reel. At this point, if you see at least one more Rush Symbol on each reel, you trigger the special bonus feature.

You may not get to play through Free Spins in this game, but there’s this Fortune Rush bonus feature that would be as exciting and rewarding as the Lucky Draw feature. It starts on the 20th spin during the base game, if you have a Rush Symbol on the 1st, 3rd, and 5th reel, and at least one on each reel.

When triggered, a new reel set appears with only blank spots and Rush Symbols. The Rush Symbols that triggered the feature will remain locked until the end of the bonus game, and each new Rush Symbol you land will be held on the reels, and the Respins counter will reset to 3. When all 15 positions are filled with Rush Symbols, or you run out of Respins, the bonus will end.

We said that Fortune Rush is a medium volatile slot, paired with the average RTP of 96.08%, so you should expect frequent decent wins as you start playing.

If you’re a fan of the Chinese theme, you will enjoy frequent, decent payouts of up to 1,944x the stake, you love Respins and wouldn’t miss Free Spins, we recommend that you try Fortune Rush, as it really has all the elements to provide you with an engaging gaming time. But, if in the search for a slot with the same theme but bigger prizes, Play’n GO’s Temple of Wealth slot or Red Tiger’s Fortune House Power Reels might be more suited for your tastes.

Who created the Fortune Rush slot?

Fortune Rush was created by one of the many studios that design content exclusively for Microgaming, Pulse 8 Studios.

What slot symbols are in the slot Fortune Rush?

Considering this is a Chinese-themed slot, it arrives with standard playing card Royals, but also birds, lions, frogs, dragons, and fish, symbolic of the theme.

Is there a Scatter symbol in the Fortune Rush slot?

No. There is no Scatter symbol that usually triggers Free Spins in a slot, but you will have the chance to see a randomly chosen symbol that will take on a special role during the Respins in Fortune Rush.

No, unfortunately. However, you will benefit from the many Respins, triggered with the special Rush Symbols, which will be available both in the base game and the Bonus round.

Do I need to download the Fortune Rush slot to play it on my desktop device?

No, not really. Whether you want to play it on your desktop or mobile device, you won’t need to download the game, as Fortune Rush is an HTML5 slot, playable cross-device without the need of downloading.

What is the maximum payout in the slot Fortune Rush?

The max you could win playing Fortune Rush is 1,944x the stake. This means that if you play it for the max wager, the top win you could scoop is 243,000 credits.

How many paylines does the slot Fortune Rush offer?

Fortune Rush does not offer paylines, but it offers 243 ways to win.

Is Fortune Rush a Megaways slot?

No. Fortune Rush is a slot that offers the Hold and Win mechanics, not BTG’s Megaways mechanics. And even though the 243 ways to win might confuse you, this is not a Megaways slot.

What online slots are similar to Fortune Rush?

There are plenty of Asian-themed slots that you can enjoy, each arriving with its pros and cons, but if you’re looking for a similar slot to Fortune Rush in terms of theme but which give out better payouts, try Play’n GO’s Temple of Wealth or Red Tiger’s Fortune House Power Reels.