House of the Dragon Season 1 Odds: Will Rhaenyra Die Next?

HBO Max's highly-anticipated Game of Thrones prequel House of the Dragon has been a huge success so far. House Targaryen is its focal point, with unforgettable characters like Princess Rhaenyra Targaryen and Prince Daemon Targaryen, plus the dragon "cast".

Sunday’s episode seven was called one of the best in the series, with fans giving it a roaring 10/10 for the new actresses and especially Alicent, played by Olivia Cooke. It’s hard to believe but the series is past its halfway point, and the next episode features another time jump.

Episode eight sees the drama ramp up even more. So who will likely remain standing and who will fall in the fight for the Seven Kingdoms?

Here are the picks for most likely to stay alive or die in the upcoming episodes.

House of the Dragon Odds To Stay Alive

First up is our prediction of the House of the Dragon characters most likely to stay alive. It’s likely the ones at the top of the list will survive to plot and scheme another day.

The Sea Snake and More Options for the Dance of Dragons

Prince Aegon Targaryen also moves from +150 to -150. After a decade passed since the last episode, we see Aegon is now the great hope of his mother for the throne. Queen Alicent has put all her hope in him replacing Rhaenyra as the successor to the Iron Throne.

Some big changes here too especially for the Velaryons this week in our odds.

Laenor Velaryon is still on the list but we see him increase his odds significantly (from +1600 to -250) as he is presumably safe after going into the Westerosi equivalent of witness protection. This is surely a happy ending for all the fans who had been upset about the fate of most LGBTQ characters in the Game of Thrones universe. However, out of sight isn't always out of mind and he technically could be a competitor for the Driftwood Throne. More on that below.

Lord Corlys the Sea Snake has his odds of survival drop significantly (from -500 to +750) as in the preview for episode eight he is nowhere to be seen. As if the fight for the Iron Throne wasn't enough, the upcoming episode is titled "The Lord of the Tides". That can only mean that Driftmark is the focus point.

Princess Rhaenys Velaryon also plummets down to the bottom of the list with odds of survival at +1600. It looks like if Lord Corlys dies she could be a threat to the succession in the eyes of Ser Vaemond Velaryon, his younger brother. One note: in the books Vaemond is Corlys' nephew.

Mysaria the White Worm moves many places up the list. She is likely to help the Daemon/Rhaenyra faction as she is seen in the preview for the next episode. She has certainly proven to be a survivor and her odds go from +1600 to -200. 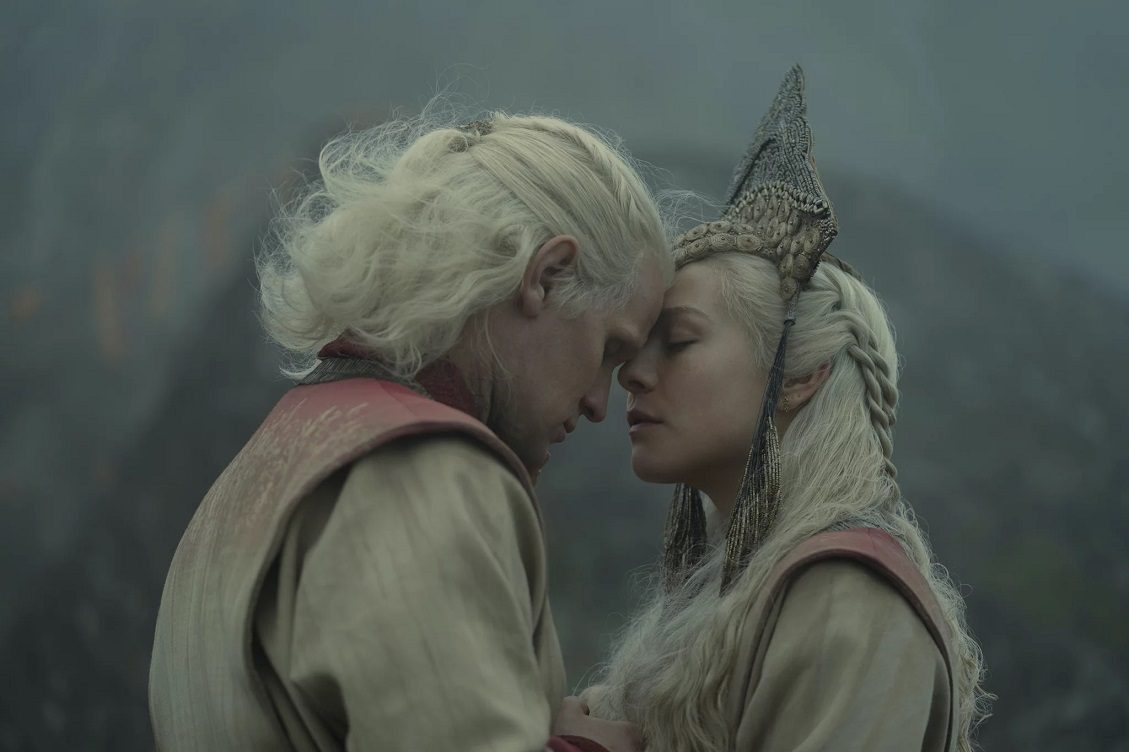 Prince Daemon Targaryen and Princess Rhaenyra Targaryen maintain their positions. These two are married now and that increases their power but also means they are more of a threat to multiple enemies.

For those wondering how old is Daemon Targaryen in House of the Dragon anyway, he is around 30 years old as of episode seven. When episode eight airs, he will be slightly older, at around 40 years old.

House of the Dragon Odds To Die In Season 1

Next are the predictions for those who are likely to die in this week’s House of the Dragon (episode 8) or in season one.

Big changes here too in the odds of the House of the Dragon characters most likely to die including Larys Strong as a new top contender.

King Viserys is at the top of the list like last week with odds of -10000 to die. Can the Seven please put this man out of his misery? If natural causes don’t get him it seems likely his wife Queen Alicent may get him killed to speed things up if she gets tired of waiting for her sons to ascend the throne. 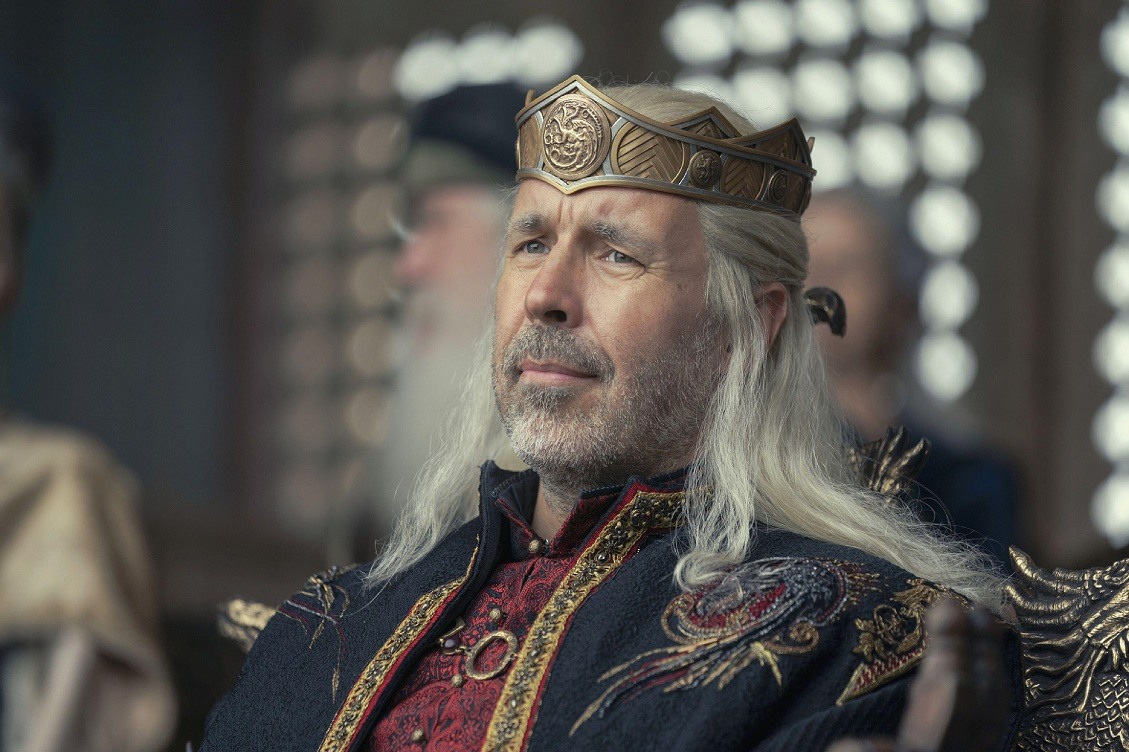 Lord Larys Strong is now in second place overall as most likely to die. His odds increased from -250 to -5000 this week. While he may be in favor with Queen Alicent now, he is playing a risky game. Our bet is that the wrong person will find out and that will be bad for his health.

Princess Rhaenys Velaryon is now tied with the shifty Strong and her odds to die on House of the Dragon have doubled from -2500 to -5000. She faces threats from the war in the Stepstones with the Triarchy and its fallout, and she could also clash with the Sea Snake’s younger brother.

Ser Vaemond Velaryon, that younger brother, doubled his chances of dying too from -1000 to -2000. He could die in the battle for the Stepstones or his death could come thanks to Princess Rhaenys if she feels threatened enough.

Predictions from House of the Dragon Episode 8 Preview

The preview for episode eight shows the continuation of the bubbling pot of drama that happened in episode seven. There is also another time jump of approximately 10 years.

The action is centered around three locations. King’s Landing, where Princess Rhaenys says the “Hightowers will land their first blow”. Secondly, Dragonstone, where Princess Rhaenyra Targaryen lives with her now-husband Daemon Targaryen. Thirdly, Driftmark, where the Sea Snake, Lord Corlys Velaryon appears to be ill.

So what does the preview show for characters we thought may have been safe?

Rhaenyra Targaryen and Team Black on House of the Dragon: The Fight With Team Green

Time to pick your team. Football may be back but it’s not NFL teams we are interested in this season. The Greens and Blacks of Westeros are the two teams you need to know. For readers of the A Song of Ice and Fire series, they have been anticipating this matchup: the Targaryen civil war. So who’s who?

The greens are the team of Queen Alicent and her sons, particularly the firstborn Aegon Targaryen. Alicent can count on the support of some members of the small council and Ser Criston Cole of the Kingsguard. Of course, her father Ser Otto Hightower has also been waiting for this moment ever since he stepped foot in Kings Landing. The Hightowers and the Strongs led by Larys Strong can be expected to support Alicent. Alicent is determined to continue on in taking back the throne even though King Viserys declared it should be Princess Rhaenyra’s.

The Black Queen, Rhaenyra Targaryen has all the men of the land who swore to uphold her succession. Not only are they supporting her, but they are also protecting her heirs. Prince Jacaerys Velaryon is the oldest and should inherit the throne after Rhaenyra. She also has two other sons, plus in the book she also has a child in the future with her uncle-husband Prince Daemon Targaryen. These two are a formidable team, to say the least. Not to mention Daemon’s two daughters, Baela and Rhaena, who have at least one dragon as of now. Hopefully, the Velaryons will also rally to Rhaenyra’s side.

As always, we have to put the disclaimer: just because something happens in the books does not mean it will happen on the show. Despite the time jumps this is still a whole lot of story to deal with in 10 episodes. The books are also from the perspective of various storytellers, so there is no “absolute” truth. However, since author George Martin is a part of the TV show, it’s been said that what happens here on screen is THE definitive story.

Sir, Can I Have Some More Dragons Please?

The boy who went from being bullied with a pig to claiming the biggest, oldest dragon in the kingdom: Aemond the dragon stealer or Aemond the boy who can do no wrong. Whether you love or hate him, there’s no denying he took the dragon crown last episode.

We got to see the huge Vhagar in flight as well as the reality of claiming a dragon. We are promised even more dragons next week with the preview showing Daemon cradling an egg. The Greens and Blacks will surely be using their dragons in the war to come.

Our odds are the best predictions out there and will be updated weekly as more characters come and go. One thing is for sure, all bets are off in a show like this where anything can happen.

Five episodes in, House of the Dragon doesn't come close to the number of deaths in Game of Thrones - yet. Much of the violence has been up close and personal, whereas Game of Thrones had plenty of larger battles. The more seasons that passed, the more kills the characters racked up. The most deaths happened in the eighth and final season, 3,523. Season one, on the other hand, had a mere 59 deaths. 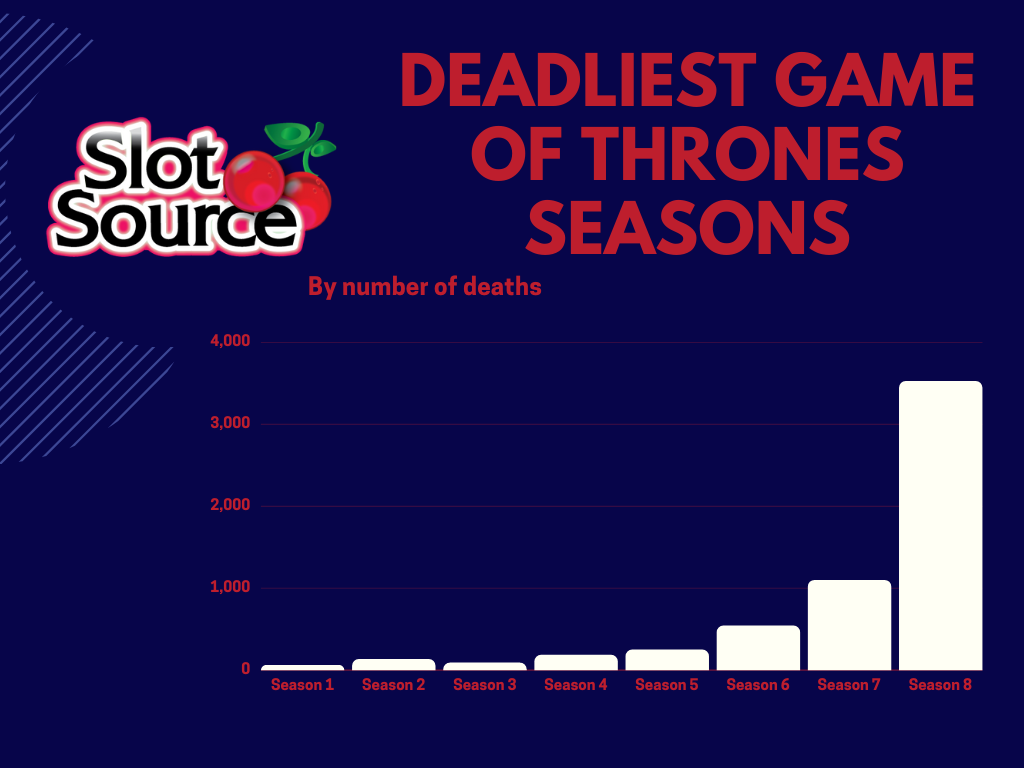 We are well into the story now that one time jump has happened and at least one more is in the next episode. Young Alicent and Rhaenyra have grown into women that will stop at nothing and now that they have power, all bets are off. The violence shown with the younger children fighting foreshadows the bloody war to come.

Expect the deaths to come quick and fast from now on.

House of the Dragon Season 1 Odds: Will Rhaenyra Die Next?