One of the roles of the slot machine is to entice players to try the game. They are often linked to bright lights, catchy sounds and vibrant colors. When people talk about the “bright lights” of Las Vegas, slot machines lit up in what were murky casino halls were part of the reference.

When you break down the gameplay of any slot, they are actually all very similar. You spin the reels, and create a combination of symbols when the reels settle. Based on that combination, you either win or lose.

The range of symbols within a slot will differ from game to game. Old-school slots all tend to have similar symbols, but the new wave of video slots found on land-based casinos and at top online slot sites have meant that they are all very different.

However, the reel symbols are different in appearance only, as most of them still have the same value that the older games had. Throughout this article, we’re going to break down what types of slot machine symbols there are and how they function. As stated, they may look different on the slots, but they have the same functionality.

What Does Volatility Mean in Slots?

Before we jump into the different slot symbols, we wanted to talk a little about how volatility works with online slot games. Volatility is something that defines how the game plays and functions. Each slot is usually ranked on a low, medium and high scale, although there usually aren't numbers that reflect this.

One thing that you must note is that volatility and RTP (Return to Player) percentages are not the same things. Volatility is designed to control the frequency of payouts, whereas RTP controls the amount paid out over a huge sample of spins.

High volatility games would be classed as those that payout large sums of money (in relation to the max payout of that game) less frequently. So, you can expect longer periods between winning spins, but when you do win, the jackpots will be higher than in games with lower volatility.

Low volatility games will payout smaller sums of money much more often. These are games where you will see frequent wins, but they will be small. Many of these wins will be less than your average spin amount as well.

You then get standard (medium) games, which lands in the middle of these two. Most games will have some sort of balance to them, but there are plenty that will fall into each of these categories.

Deciding what games to target will depend on each player’s slot bankroll and what the player wants to get out of the game. Players with big bankrolls that are looking for those bigger wins are likely better suited to higher volatility slots. Those with smaller bankrolls looking to get more gameplay for their money will be best suited to low volatility slots. If you're new to slots and don't want to break the bank, it may be a great idea to play free slots to get a feel for the symbols and their functions.

How To Check Slot Volatility

Some casino game providers will include the volatility rating with their games. They usually just state low, medium or high for the games to keep things relatively straightforward for the user.

However, a lot of sites don’t offer this, and to work it out accurately is going to take a lot of effort and some decent math skills. But there are ways that you can get a gauge of how volatile they might be.

The first is to simply reach out to the casino or better still, if you know the game developer, reach out to them and they should be willing to tell you. These are usually known as a volatile index rating and can often be found in the games program accounting report.

A quicker way is to simply reference the paytable within the slot. High volatility games usually have a big pay jump from the max win compared to the next best win. It can be as high as 15x bigger, highlighting that the game is top-heavy and therefore likely to be quite volatile.

Lower volatility games will have small increments between each payout. So the jump from the max to the second max and third max will be much smaller, usually around double or in some cases less. If this occurs then the game is likely going to be low volatility.

Below we have included a list of symbols that are included in the vast majority of slots. Please note that symbols can change in terms of how they look based on the theme of the game, but they often fall into one of these categories and perform a similar role. 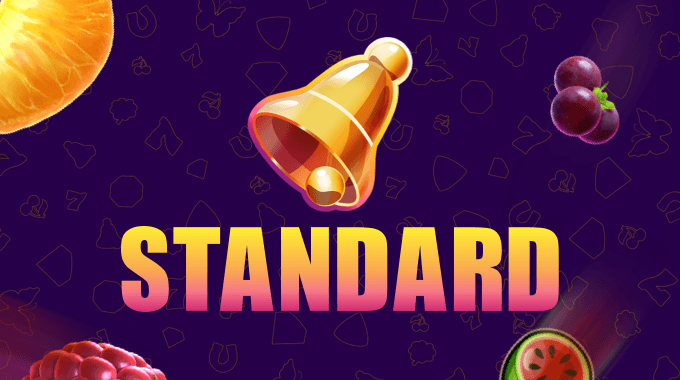 These symbols are your bread and butter, and there are more standard symbols than any others. In traditional games, these would be represented as cards or fruits.

Cards would be numbers and then Jack, Queen, King and Ace, with classic fruits including cherries, grapes and oranges. They are designed to be a ranking system with one worth more than the other.

In modern games, you will find that the looks of these have changed, but the value and how they work are the same. Combinations of these still lead to good prizes, but they might be smaller than some of the other symbols that we mention. 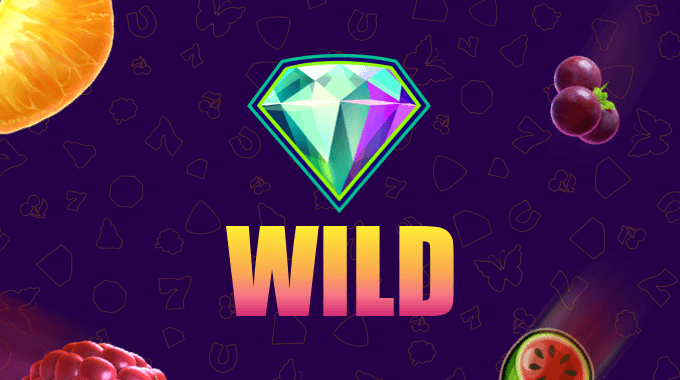 The wild is one of the most versatile slots symbols and plays a huge role in video slots. The easiest way to describe these symbols is that they act as a joker would, meaning that it can take the form of any card in the pack to create or increase a payline.

Some games will have wilds as a winning payout as well, meaning that they not only act as a special character but also have a monetary value.

Modern slots have adapted wilds to work in different ways. These include expanding, stacked and free wilds. Expanding means that they cover more than one section of the board. Stacked are where they will cover a whole reel and free wilds mean that they can move about on the board to create the best possible winning combination. 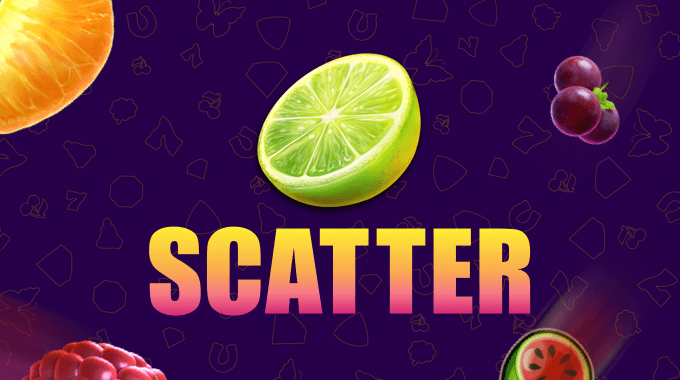 Scatter symbols are some of the best on any slot machine. They usually unlock access to bonus or feature rounds, such as free spins.

To trigger these, most games will need a combination of multiple scatter symbols in the game. Some slots will hold these symbols for future spins and seem to need you to accumulate a certain number over a period of time to get access to feature rounds.

Some scatters will have a monetary value as well. They can often link with wilds and standard symbols to create winning paylines with bonuses attached. You may find that they have multipliers linked, making them even more lucrative.

Given they have so many great uses for the player, they are rare, yet highly lucrative. 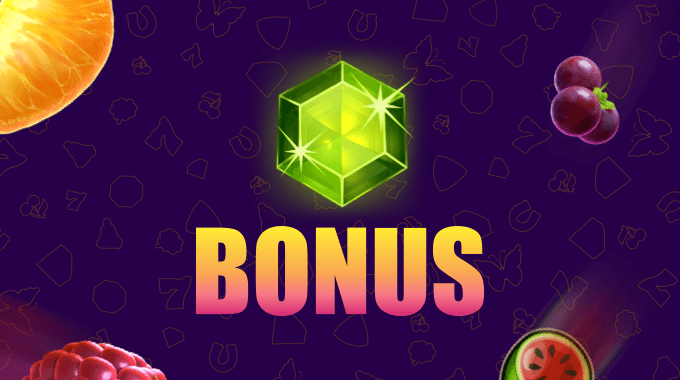 If a game has any sort of bonus round, then usually to access this, you need to hit one or more bonus symbols. They are similar to the scatter symbols in terms of rarity, but they are some of the most highly sought-after symbols within the game.

Bonus rounds almost always have the bigger prizes in the game attached. Some of the latest online slots have player interaction as well, meaning that you may need to make a selection within this part of the game. 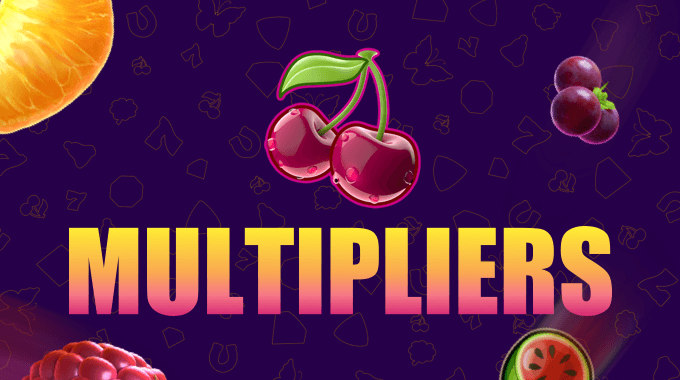 Most slots will include some sort of multiplier symbol which gives added wins to a standard payline. These can range in terms of value but expect anything from 2x to 100x with some games.

It’s worth noting that some slots will see these symbols as their most lucrative. If they don’t have free spins or bonus rounds, then these will almost always be the route to the bigger prizes. 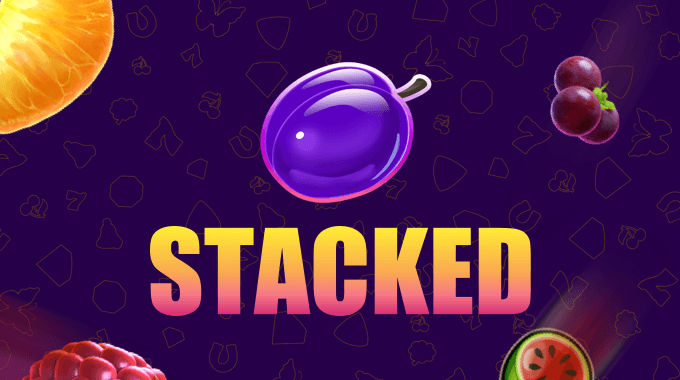 In some of the latest slots you’re going to find that some symbols will stack on top of each other. The idea is that it increases the chances of creating combinations for that symbol and gives the user more chances of winning.

Stacked wilds, that we mentioned earlier, are the most common symbol type. These can occur within bonus and free spins as well, creating large payouts as a result. 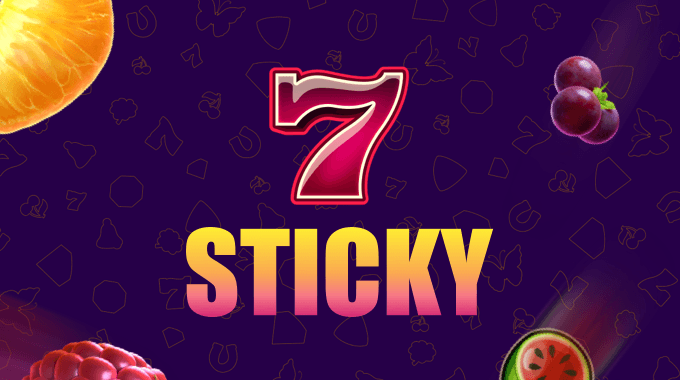 Sticky symbols are where that symbol will land in one spin and then stay there for the next spin. It may be that the symbol remains for multiple spins and these can often be linked to bonus, scatters and wilds to create lucrative payouts.

🎰 How many symbols on a slot machine?

The number of symbols can range based on the size of the game. Traditional games will use a 3x3 grid, but newer video slots usually use a 5x4 or 5x5 grid.

🎰 How do scatter symbols work?

Scatter symbols are designed to give the player access to bonus rounds and even free spins features. They are regarded as some of the most lucrative in any slot game, although they are also the rarest as well.

🎰 Why do slot machines have fruit symbols?

Fruit symbols are representative of a value for that game. Some fruits are worth more than others. They were originally used on slot machines to change up from cards in an attempt to make them a little more exciting.

Top 5 Most Popular Online Slot Games 2022: What Makes Them So Good?

Virtual Reality Casinos - Are They The Future Of Slots?