Last Updated: 04/19/2021
The foundation of all the best online casinos is their software and the quality of the technology behind the website and games.

What is Casino Software & How Does it Work? 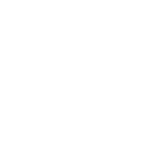 What is Casino Software & How Does it Work?

Your favorite online casinos and real money slots depend on the casino software companies and developers behind them. The latest software allows online casinos to offer platforms that are easy to use and have no lag, malware, bugs or viruses.

Players don’t often know much about software; they just know what their online gaming experience feels like, if the graphics are engaging and if the platform is intuitive. However, getting to know more about the companies that provide the software and platform can help you find more games you may be interested in playing for real money, as their library of titles often runs deep.

Below, we get into the software available to players in the United States at legal, licensed and regulated gambling sites. We also offer a look into each of the top casino software providers and go deeper into the information all gamblers need to know about the software used by the nation’s top casino sites.

The best games to play for real money online come from the top casino software design companies. Listed below are many of the design houses and developers behind the slots you can play with online casinos in the U.S.

These are just some of the best and most popular casino game providers in the online gaming industry.

This Australian company, founded in 1953, first debuted in America in Las Vegas in 1961, finding international success with the all-electric Wild West in 1979. It continued to grow and flourish, securing an operating license in Nevada in 2000. In 2014, its licensed title Walking Dead was named Casino Product of the Year at the Global Gaming Awards while its Buffalo Stampede became the top for-sale game.

Second only to IGT as the world’s biggest slot manufacturers, Aristocrat features an impressive array of iconic games, most notably Queen of the Nile. There are plenty more titles where that came from, including Zorro, Mission: Impossible, Tarzan Lord of the Jungle, Sons of Anarchy and Britney Spears.

Originally part of the iconic company founded in 1932, Bally Gaming is a Nevada-based slot developer that provides games to casino floors and digital platforms. Considered an innovator in the slot world, Bally invented the first slot data system in 1976. Bally currently operates under the Scientific Games brand, and its library of slots includes popular titles Anchorman, Celestial King and Cash Spin.

Founded in 2006, Betsoft Gaming looked to differentiate itself in the online game world by pushing what it called “true 3D cinematic gaming,” and users have been wowed. The slot offerings from Betsoft are both artistic – featuring terrific musical accompaniment – and compelling from a casino player’s perspective. They have well-developed bonus structures and players of varying experience can find games to enjoy.

Betsoft started to break into the mobile gaming market in 2012 and is known for titles such as Dr. Jekyll & Mr. Hyde, The SlotFather, Weekend in Vegas and Under the Bed.

Everi Interactive partnered with Spin Games in late 2016 in an attempt to bring some of the high-performing land-based Everi titles to online gamblers and gaming platforms. You can find games designed by Everi at various casinos online in the U.S, including Caesars, betfair, Resorts, Golden Nugget and SugarHouse. Some of its most popular titles are High Voltage Blackout, Jackpot Inferno and Wild Wild Gems.

IGT (International Game Technology) is an American company based in Las Vegas with a history dating back to the 1950s. The company went public in 1981, and was an innovator among casino software developers throughout the 1980s. One of its biggest innovations: the first ever wide-area progressive slot machine. In the 1990s, IGT unveiled the most popular gaming machine of all time – the Wheel of Fortune progressive jackpot slot game.

IGT is huge in America, and even though it specialized in land-based slot machines, it has an almost equally impressive array of online slots – from Monopoly and Wheel of Fortune to classic slots such as Cleopatra and Da Vinci Diamonds. The company also has plenty of casino table games in its portfolio, including blackjack, roulette and baccarat.

Established in 1994, Microgaming is a UK-based casino software provider that’s always pushing the industry further and is considered a leading provider of online gaming software with more than 600 games in Flash and No Download versions.

Aside from advancing to the way these platforms work, Microgaming slots feature popular brands from TV and movies, including Jurassic Park, Battlestar Galactica, Game of Thrones, Highlander and Hitman. Among its progressive slots are Mega Moolah, King Cashalot and Major Millions.

And if that wasn’t enough, Microgaming includes casino, bingo, live dealer and poker among its non-slot offerings.

NetEnt is a Swedish developer that was founded in 1996 as a game developer for brick-and-mortar casinos but quickly moved to develop more digital offerings. Its portfolio is filled with games online slots players will be familiar with, including the Frankenstein and Scarface titles. NetEnt (Net Entertainment) is known for slot gaming software that boasts dramatic introductory scenes and themed mini games.

Other popular slots in a library of more than 100 include Berry Burst, Jumanji, Planet of the Apes, Jurassic Park, Terminator 2, Halloween and Playboy. The company also produces classic table and card games.

NextGen Gaming is behind several of the most popular real money online slots: King Kong Fury and Judge Dredd. This game designer was founded in 1999 and merged with NYX Interactive in 2011. Several years later, NYX was acquired by Scientific Games.

NextGen works with more than 100 casino sites, including 888casino and William Hill, the company has developed a reputation for terrific entry-level games for new slots players. Among its enhancements in its slots offerings are features such as Slide a Wild and SuperBet.

Among its other notable titles are such fan favorites Miss Midas, Pandamania, Justice League, PSYCHO and Merlin’s Millions.

You can’t have a list of the top casino software providers and not mention Playtech, an industry juggernaut that provides a huge selection of casino games, including an impressive progressive slots selection. Established in the Virgin Islands in 1999, Playtech became a publicly traded company seven years later with a value in excess of a half a billion dollars.

A huge proponent of legal online gambling around the globe, Playtech has set the standard for technology, security, payment options, customer service – and let’s not forget the memorable slots titles. From Batman to Superman to Monty Python, Playtech continue to expand its already massive library of nearly 200 titles.

Based in Chicago, WMS Gaming develops slot machines and software for online slot games and video lottery terminals. Established in 1991 and acquired by Scientific Games, this company is behind many iconic slot titles showcasing popular brands from the movies, TV shows and more.

Among its most popular gaming software titles are Top Gun, The Wizard of Oz, Willy Wonka, Monopoly: Mega Movers, Star Trek and KISS, a 5-reel, 20-pay line spinner dedicated to the legendary rock band with scatter symbols that provide free spins and multipliers.

Why is Casino Software Important?

Casino software is a pivotal part of any online casino and integral to all the real money games you’re playing. The importance of these software companies is evident in how many quality casinos want to offer their titles. The online slot games often feature an intelligent design that makes them easy to use, graphically smooth and fun to play. Casino software also determines the structure of many of the best slots bonuses. These top software providers help casino platforms remain consistent in offering new games that maintain fairness while being entertaining.

Do I need to download casino software to play?

Although none of the casinos featured here at SlotSource.com have any offerings that require players to download any software, there are some gaming sites available online that do. Technology has progressed to the point that this isn’t necessary. When dealing with any of the platforms listed here at this site, the only software you might have to download is a mobile app to let you play slot games from your smartphone.

Which software provider is the best?

Obviously, the best casino software provider is in the eye of the beholder, but any serious discussion in the U.S. starts with Aristocrat, IGT and PlayTech. Aristocrat is huge in the American market, and It is impossible to ignore IGT’s long contributions to the world of gaming and online slots. PlayTech has been a force in its two decades of online gaming. If forced to choose, we’ll go with IGT because of its constant innovations and its terrific titles.

Most casino games that are available online can be played on both iPhones and Android devices as well as on many tablets. This is thanks to HTML5, which operates most mobile gaming. Unfortunately, Apple has mandated that any apps in its Apple Store must be updated with iOS coding. While most slot players just used their laptops during the past two decades, more are playing real money games from mobile devices in recent years.

Here’s what matters most when it comes to determining whether a software provider is good or not: Its dedication to developing quality casino software and slot titles. The best software companies in the industry provide casino games that feature great graphics, fast gameplay, dynamic music and sound effects, plus unique features such as bonus symbols and as in-game bonus rounds.

When playing any game at a legal, licensed and regulated online casino, you can be sure that the experience is fair. And those are the only online slots casinos you’ll find here at SlotsSource.com. Illegal offshore slots casinos should be avoided, as they don’t face the same regulatory scrutiny to ensure online gamblers are treated honestly.

The results of any game offered by a legitimate provider are determined by the random number generator (RNG). This means the result of every spin is determined randomly. We’ve tested the slots offered by the platforms featured here at SlotSource.com and everyone has the same chance at winning their spins. All the online slot casinos reviewed here are legal, licensed and regulated in the state where they are located.

More than 20 years of experience in online gaming and journalism. I've tested, played and reviewed a multitude of slot games, looking for the best one for you that that differentiate them in terms of themes, features and jackpots.