ELK Studio’s crazy bull El Toro has somewhat become the company’s ambassador. Toro has won the hearts of millions of fans around the world with its cool appearance and even cooler features. ... Read Review 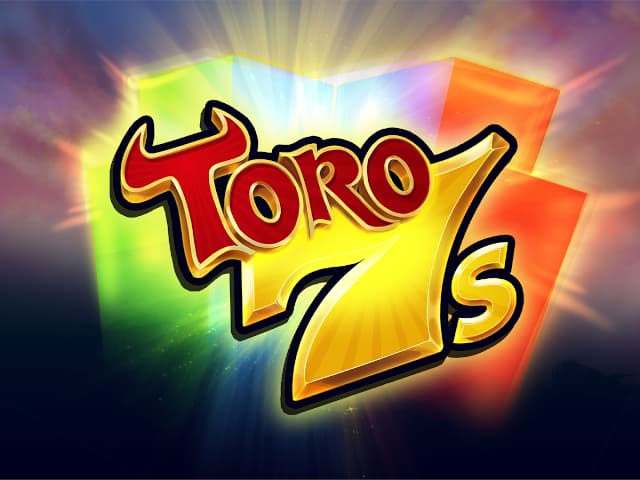 ELK Studio’s crazy bull El Toro has somewhat become the company’s ambassador. Toro has won the hearts of millions of fans around the world with its cool appearance and even cooler features. He appeared in the Wild Toro slot for the first time which was an immediate hit for ELK Studios. The sequel resulted in a spin-off trilogy known as Wild Toro World Tour, of which the latest one brings El Toro to Vegas for some old-school slot action.

Toro 7s is the final installment in the series, expanding on the success of its predecessors. This time, Toro takes on Vegas in a vintage affair that looks pretty much like a slot cabinet. Of course, it’s spiced up with a bit of Toro’s crazy world and features that can deliver stunning wins up to 10,000x your stake.

If you’re a fan of the previous Toro slots, you’ll love this one. The Toro 7s slot is available on Android and iOS devices for fun and real money, X-iter feature in tow.

The Toro 7s slot takes place on the outskirts of Vegas. You’ll see some trees on the left and an old rollercoaster on the right that may be a smart indication of the wild rollercoaster ride you’re going to embark on. In true vintage slot fashion, there’s a slot machine with a 3x3 grid showing old-school symbols including lemons, plums, and 7s. Above the reels is a small sort of pixelated retro display that shows the Vegas strip in glorious…well 24 FPS (or possibly lower).

As expected from the name, the 7s are the highest paying symbol. The red trio of sevens pays 10x your stake for 3 on a line, while the blue and green pay 7x and 3.50x for the same combo. The BAR symbol sits in the middle with a 2.50x payout for 3 on a line, dividing the premiums from the lower-paying fruits.

The graphics are definitely vintage too, giving the slot full-on retro vibes. That’s further enhanced by the vintage audio effects and the retro music.

The Toro 7s slot may be retro in the soul, but it’s modern beneath the surface. It was developed on the HTML5 platform and can be spun for free or for real money on any Android or iOS device at the best mobile slot sites.

The Toro 7s game starts when you place a bet and hit the Spin button. You can choose between $0.20 and $100 per spin, a range that suits most players. The slot has 17 fixed paylines and a 3x3 grid with Nudging Wilds (starring El Toro) and Sticky Multiplier Wild respins in the mix.

Toro 7s comes with 2 Wilds. The matador Wild can only land on the 2nd reel, while Toro lands on the 3rd. Both play their usual role of substituting for other symbols in winning combinations. However, they are also key to the Nudging Respin feature which will be familiar to Toro slot fans.

Land 3 Toro 7s symbols anywhere on the reels and you’ll get 10 free spins to start with. All wins in the Bonus Round are multiplied by x5, and the Lucky Sevens feature is also active. It is triggered by 3 bonus symbols anywhere in sight during a free spin, allowing you to collect the different sevens for even bigger payouts.

The RTP of the Toro 7s slot is just 95%, but don’t let that fool you. The slot has medium variance and a slew of exciting features that can lead to wins up to 10,000x your bet.

Toro 7s is another wild addition to ELK Studios’ popular franchise. It takes the crazy bull right into the center of Vegas, mixing up vintage slot action with features from the previous slots starring El Toro.

It’s a highly volatile and highly rewarding slot too, with great winning potential thanks to multipliers and other features. If you loved Toro’s trip around the world so far, you’ll love this Vegas episode too at the best New Jersey online slot sites and top Pennsylvania online casinos.

The Toro 7s slot was developed and published by ELK Studios. The studio is known for its line of Wild Toro slots of which several have been released so far.

No, Toro 7s is a medium variance slot. It delivers varied wins to the luckiest players, with small ones hitting more often than big rewards that come occasionally.

No, it’s not. The Toro 7s slot doesn’t use a specific gameplay mechanic, instead of relying on good ol’ symbol wins, Wilds, and a few other features.

Can I spin the Toro 7s slot on my phone?

Yes, you can. The slot was developed on the HTML5 platform which makes it available on Androids and iPhones.

Do I need to download an app to play it on my phone?

No need to download anything to play the slot on your phone. Just head to your favorite casino from your phone and play it via a mobile browser.

How does the Nudging Respins feature work?

The Nudging Respins feature is triggered by either the matador or Toro Wild. Both reward respins until they drop off the reels. However, the Toro Wild has an x5 Multiplier attached to it and will lock itself on the reels if it spots the matador on the reels.

Which symbol pays the most in the Toro 7s slot?

The Toro 7s slot is all about sevens, so it’s only natural for 7s to pay the most. In this case, the trio of red sevens pays 10x for 3 on a line.

Is there a Free Spins Round in the Toro 7s online slot?

Yes, there is, and it is triggered by 3 Scatters. You get 10 free spins with the sevens collection feature activated by 3 bonus symbols allowing you to win up to 10,000x your stake.

Which slots are similar to Toro 7s?

Any of the previous Wild Toro slot games will be similar to this one. These include Wild Toro, Wild Toro 2, and Book of Toro.

When was the Toro 7s slot released?