Golden Dragon Inferno is an oriental-themed video, based on delightful dragons, which just so happen to be of high importance in Chinese mythology. In Asian culture, Dragons are of high significance as ... Read Review 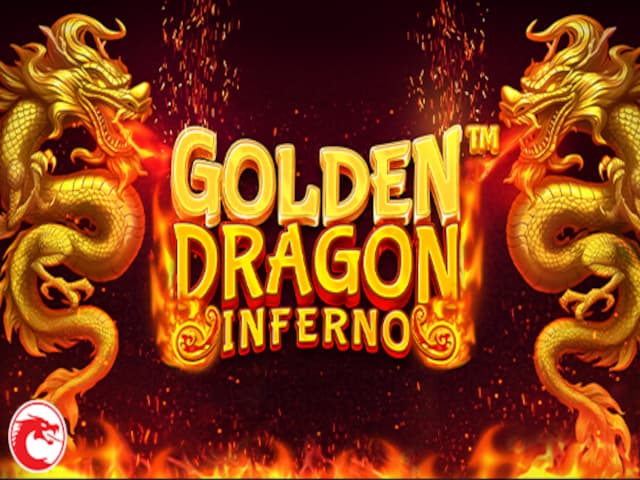 Golden Dragon Inferno is an oriental-themed video, based on delightful dragons, which just so happen to be of high importance in Chinese mythology. In Asian culture, Dragons are of high significance as they represent strength, luck, and health, which adds an even more positive stance when they are appearing in highly rewarding real money slots.

Betsoft is one of the well-known slot game providers within the online gaming market, and every time they drop a new release they become an even higher force on the scale of popularity amongst gamers alike. Golden Dragon Inferno made its mighty release into the iGaming market in November 2022 bringing with it a game grid, bursting with 243 wondrous ways to win, so it’s safe to say that it has already made its way into our good books.

Golden Dragon Inferno is a stunningly formed slot creation, boasting high-quality graphics and a very fitting soundtrack which lead us directly into the golden dragon's lair, which is nowhere near as terrifying as we might assume. The regal red backdrop, houses a traditional 5x3 game grid, overflowing with dozens of glistening gold symbols, which remain in line with the theme of the game, along with 243 ways to win. The slot features an incredibly user-friendly interface, meaning that players can navigate their way around the game with ease and enjoy the experience thanks to the minimal fuss involved with playing.

In addition to forming wins with the regular symbols, there are an additional four special symbols which can be collected to supercharge current wins. The Wild, Scatter, Mystery Symbols, Dragon Wilds, and bonus symbols.

How to Play the Golden Dragon Inferno Slot

To get started with the Golden Dragon Inferno slot, load the game where you can see all information, paytables, betting menu, volume control, and current balance are both visible and accessible from the bottom of the game grid. To adjust the stake, hover over the bottom center of the screen, using the (-) and (+) button to increase the stake from a minimum of 0.25 up to a maximum of 25.00 in the player’s respective currency. Once all adjustments have been made and all information consumed, players can hit the spin button which is located on the right-hand side of the screen. Wins are formed on the basis of the same symbol combinations being formed to award payouts.

This legendary mythological slot can be played from any of your chosen devices, thanks to being boosted by HTML5 technology. Tune in at any time from your mobile smartphone, desktop, laptop, or tablet powered by Android, iOS, or Windows. Like most new slots, the Golden Dragon Inferno can be enjoyed in any situation and from anywhere at any time.

Golden Dragon Inferno is loaded with additional bonus games, leading players to a whole new world of wins. Firstly, the special symbols themselves act as features. For example, the Mystery Symbols can appear in stacks and will launch matching symbols on the grid, which offer a great payout. The Dragon Wild Symbols will only appear on the third reel, and when they do, will add random multipliers into the mix between 2x and 10x. The Bonus Symbols can award the Hold and Win Feature when a total of six or more bonus symbols have been collected as part of the very same symbol combination.

There is also a fixed jackpot ready and waiting to be unlocked. When the Jackpot Bonus symbols land, they can award Mini, Minor, or Major jackpots worth 15x up to 200x the stake. If you are lucky enough to land bonus symbols all over the grid, you may just unlock the Grand jackpot which contains a striking payout of 2,000x the bet.

Golden Dragon Inferno is classified as a medium-volatility slot with a return to player (RTP) of 96.41%, which seems fair given the volatility of this slot. In terms of the maximum payout 5,000x is fairly average, but this does become even more rewarding given the number of ways to win, the additional features, and the random multipliers which can appear throughout the base and bonus games.

It’s now plain and simple to see why Dragons are of high importance, which is demonstrated in the ways to win, the very rewarding bonus features, the addition of fixed jackpot features, and the multipliers which can be awarded at any given moment. Betsoft has nailed the Golden Dragon Inferno slot, making it a winner from the POV of Dragon-loving gamers.

If you enjoyed this fiery adventure, then we’d recommend trying the Floating Dragon Megaways slot by Pragmatic Play or the Mystic Orbs slot by ELK Studios, which delve into Chinese mythology even more so, where you’ll be exposed to even more lucky creatures and experiences.

What is the theme of the Golden Dragon Inferno slot?

The Golden Dragon Inferno video slot is based upon Chinese mythology and its high importance placed on mythological creatures, such as the fire-breathing dragons which are associated with luck, wealth, and prosperity, which is a very fitting theme for the world of online gaming, as it’s exactly what slot players are seeking in their real-life experience.

Betsoft is the highly acclaimed production company behind the creation of the Golden Dragon Inferno slot, which has remained a major player in the iGaming industry since the beginning of time. Betsoft has produced some highly popular video slots, such as Woodlanders and Sleighin’ It to name a few.

What is the most I can win playing the Golden Dragon Inferno Slot?

The opportunities to win throughout the Golden Dragon Inferno slot are countless. Firstly, due to the mechanics of the game, players are presented with 243 different ways to win, which is the first wonder of the game. The maximum multiplier win of the game is capped at 5,000x the stake, which is fairly neutral for most real money slots and can increase significantly due to the inclusion of special symbols, random multipliers, bonus games, and a fixed jackpot which can award up to 2,000x the bet.

Are there progressive jackpot features in the Golden Dragon Inferno Slot?

No, there is not. However, you’ll benefit from a rewarding fixed jackpot feature in the Golden Dragon Inferno slot. There are Mini, Minor, and Major jackpots to launch after collecting an adequate amount of bonus or jackpot bonus symbols. The Grand jackpot can award up to 2,000x the stake when triggered.

Is the Golden Dragon Inferno Slot a high-volatility game?

No, the Golden Dragon Inferno slot game is classified as a medium-volatility adventure and certainly isn’t one aimed at the faint-hearted or lowballers. Expect medium wins at a lower frequency, because there can’t be such rewards without a medium amount of risk attached.

How many paying symbols are there in the Golden Dragon Inferno slot?

The Golden Dragon Inferno slot has eight regular paying symbols, four of them offer low payouts and four of them are offering higher payouts. Aside from these, the game has four additional special symbols which are attached to the bonus games and the fixed jackpot feature.

Does the Golden Dragon Inferno slot have a Buy Bonus feature?

No, the Golden Dragon Inferno slot does not offer a Buy Bonus feature in the game, so players will have to bring their best when playing the game to activate the bonus games naturally.

What is the stake range in Golden Dragon Inferno slot?

The minimum wager in Golden Dragon Inferno starts from as low as 0.25 and can be increased to a maximum of 25.00 in the players' respective currency. Alterations can be made from the bottom of the screen by increasing with the (+) button and decreasing with the (-) button accordingly.

Can I access the free demo version of the Golden Dragon Inferno slot?

Yes, you can access a free demo version of the Golden Dragon Inferno slot by going directly to Betsoft’s game page or when viewing the game from the website of your chosen online slot site. Testing the demo version of the game is a great way to ensure that players can be sure that it’s the right game for them before parting with real money.

When was the Golden Dragon Inferno slot released?

The Golden Dragon Inferno slot was released in November 2022.